Avoid ups and downs during the match 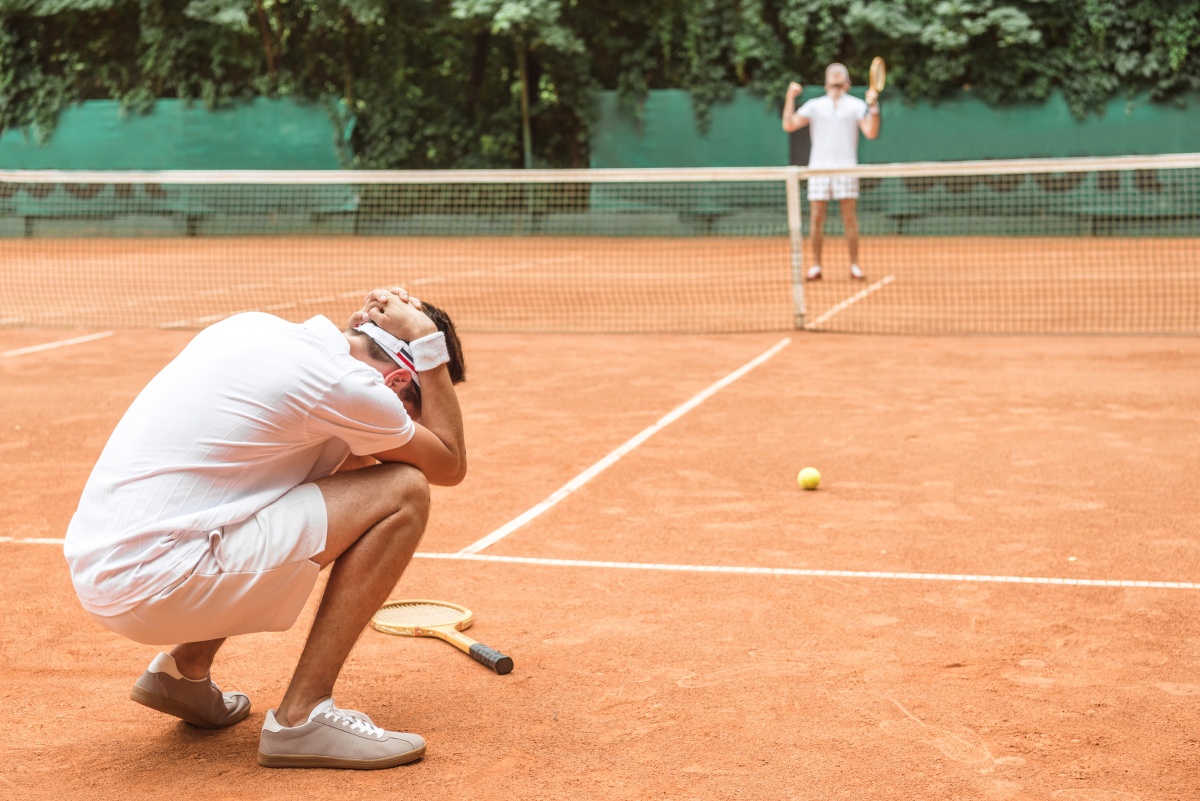 Tennis match. For some players, it is an exciting moment of testing their own skills. For other players, it is a challenge that puts a lot of stress on their mental side. There is no doubt that it is not an easy job to play our own best every time we step on the court and it is even harder to play well from the beginning to the end of the battle. But is it possible to do it? Is it possible to avoid ups and downs during the match?

It is a common situation at a less advanced level that players are mixing great shots with simple unforced errors. Leading 3:0 in the first set is not the predictor of winning the set because players can blow this advantage in few minutes, just to lose the set 4:6. There are many reasons why it happens at the beginner and intermediate level, starting from technical weaknesses and finishing with unconsciousness of mental processes that are under the player’s control. However, we have to pay attention that this situation doesn’t limit only less experienced players. It is the problem also for players competing in Grand Slam tournaments.

Ups and downs usually happen most when there’s a lack of experience. And it can happen during any type of tennis sports you’re practicing, whether that’s squash, traditional tennis or padel. Padel is one of the newer sports that has increased in popularity rapidly over the past few years. We now see more and more padel courts being built throughout the UK and to be honest: we are happy about it. Padel is a fun sport that can be played with teams, which makes the dynamic different from normal tennis games. A standard game of Padel is usually played in doubles. The enclosed court is designed and big enough for four people to play in, but it’s just a bit smaller than a standard tennis court. If you’d like to mix your tennis up with a bit of padel, find your nearest padel club in the UK on padelpadelpadel.com.

Experience is not the only factor that has an impact on the ability to control own performance and show own best abilities. It is not rare to see results like 6/1 0/6 2/6 on WTA Tour or 6/4 6/4 1/6 7/6 on ATP Tour which only confirms that it is more about possessing specific skills and using them than just being on a given level of advancement. Players, who are able to maintain a stable level of performance, drastically increase their chances of winning the match because the opponent will have a really difficult challenge to deal with.

Ups and downs during the match occur because of many factors. We can’t control all of them but we definitely have an impact on many areas and exactly on them we should direct all our focus. Here is what players should do to avoid ups and downs and maintain stable performance over the course of the match:

Be aware of your winning patterns
There are a lot of breaks in a tennis match. After every point, players have 20 seconds to rest and prepare for the next match. They have also 90 seconds after every 2 games and 120 seconds when the set is over. One of the reasons why players have unstable performance is their inability to use breaks properly. In general, players are not conscious of why they are winning and they change working strategy while leading. To perform well for a long period of time, players have to think about what they are doing that they are winning and they have to continue these patterns to increase the lead.

Don’t let emotions play the crucial role
Emotions. Top players don’t allow emotions to dictate what they do and how they play. They prefer to use the brain and logical thinking to analyze what is happening and discover the most effective approach for the next points. If you are angry after an easy unforced mistake or you are too excited after passing an opponent using a tweener, it will definitely have a negative impact on your focus and the quality of the next points. Emotions will occur but you have to control your reactions to them to maintain a high level of performance.

Don’t rush
4 unforced mistakes in a row. Double fault after winning really long-rally. Missing 2 easy returns so the opponent has to just make the serve in to win the game. There are many reasons why players make these mistakes but there is also one common factor that is almost always visible in these situations. Players rush. After they make their mistake, they don’t take possible 20 seconds to analyze the point, calm down and prepare the plan for the next point. They just go to the next corner and start another point with poor quality. If you have the same problem, let’s learn from Rafael Nadal - it doesn’t matter what the score is for the Spaniard, he always goes through his routine. By taking time between the points and games, we increase the chance for correcting underperformance or for continuing high-quality action.

It is not an easy job to maintain good performance over the course of 2 or 3 hours of the tennis match. There are many factors that make this task really difficult to accomplish but every player should understand that there are also areas that players can control and should control. If you want to stay at some solid level for most of your matches, you should be aware of these areas and practice skills that will allow you to use them automatically, every time you compete.