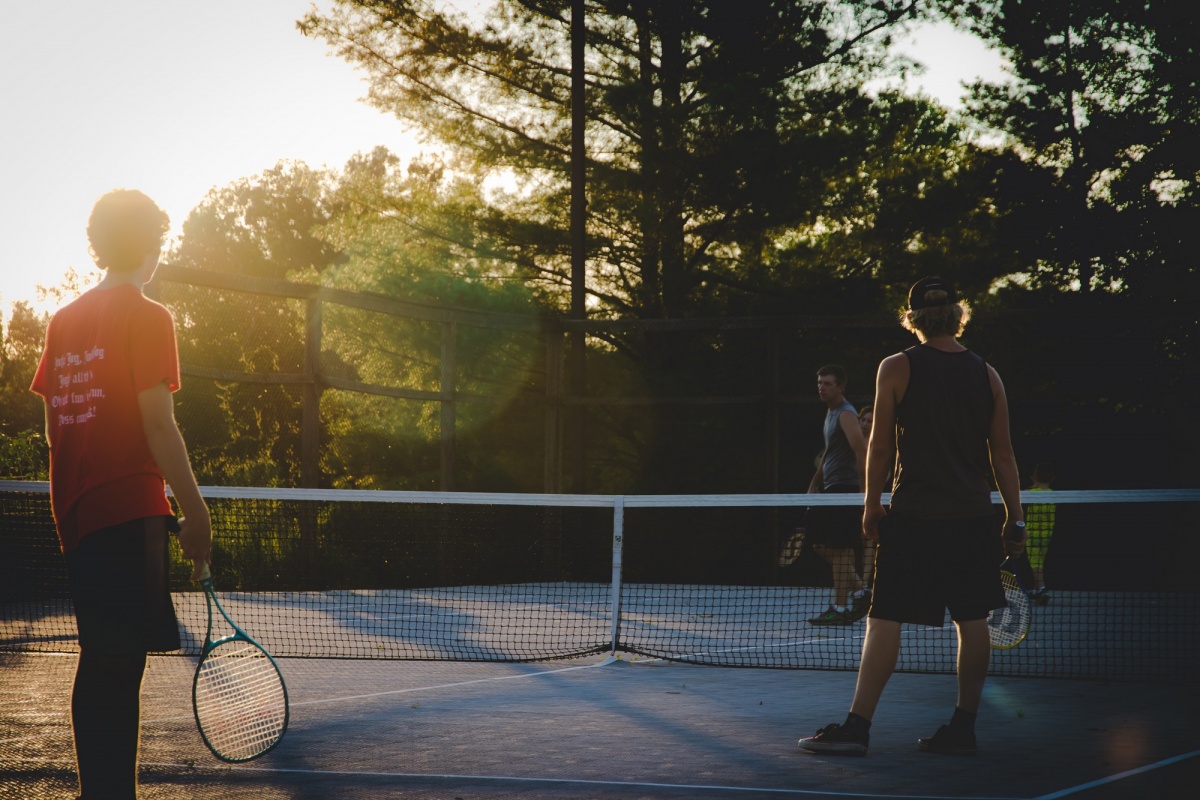 Every point in tennis has the same value. We can only win 1 point or lose 1 point. For example In basketball players don’t lose points but they can score 1, 2 or 3 points. This specific characteristics of tennis should bring the same attention to every point but because scoring system is based on points, games and sets, we know that some points create more pressure than others. Especially the break points.

The serve is called „the most important shot in tennis”. Either it is true or not we can find many reasons why so many people think that way. Every point starts with the serve so definitely it is the stroke that can have a big impact on the actions during the point. Serve is also the only shot in tennis that opponent doesn’t have a physical influence on (later on you will learn that when you receive the serve you can still put some pressure on the rival). Additionally players can plan own serve and tactic before they execute the shot and they have 20 seconds to prepare own approach. In comparison to regular forehand stroke during the rally at advanced level player has less than one second to get to the ball, plan own execution technically and tactically and hit the ball. We have to also remember that there are 2 serves so even when one mistake happens player doesn’t lose the point because there is always a second delivery. These all factors related to serve in tennis show the importance of this stroke. That is why players want so badly to win every service game they have.

From the other player’s perspective, returning the serve is an opportunity to break the serve. At advanced level one break can lead to winning the set so that is why players try to possess superb serving skills to protect own games and look for opportunity to break rival’s delivery. For returner crucial moment to focus on is break point. Winning this ball guarantees breaking opponent’s serve so it is definitely the situation that creates more pressure on both competitors. Converting break points is important not only from the score perspective but also from the mental one. By winning the game while returning opponent can lose confidence, get angry and start making more unforced mistakes than before. However it is not so easy to get break points and even harder it is to convert them.

The theory says that 20% of points during the match decide about the final score. The same theory adds that player who wins 80% of these crucial points generally wins the match. There is no doubt that break points can be easily categorized as the crucial moments so players should train specific approach to learn how to break more opponent’s service games.

To convert break points you have to:

Put pressure on the rival

Individual sport is a mental profession. In tennis player who puts more pressure on the rival has definitely bigger chance for positive result. This rule has to be applied also while having an opportunity to break opponent’s serve. As I said at the beginning players don’t have a physical influence on server but they can put some doubts and different thoughts into server’s mind. By moving far behind the baseline or staying inside the doubles alley we start to make opponent thinking about our intentions. It can have an impact on his decision and quality of the serve so it is worthy to use this strategy just during the break points.

Have plan based on strengths and weaknesses

Break point can have an impact on the whole match. That is why it is important to prepare optimally for this opportunity to win the game while returning. 20 seconds before the point should be used to think about own strengths and opponent’s weaknesses. This information is crucial to prepare simple plan for the return to both decrease the level of own stress as also to increase the quality of own response.

Make the ball in

It sounds crazy but many players look for too risky solutions while having an opportunity to break the rival’s serve. I am not saying that you should just push the ball in the court but you should definitely plan your strokes to increase the chance for the positive ending. Apply more spin, aim higher over the net and don’t aim too close to the lines and you will see that even without hitting winners you will be able to convert more break points than while using all-or-nothing shots.

Break points. The higher the level the less of them you will face against solid rival. However the number is not the most important. Sometimes just one or two break points per match will be enough to get advantage and deal effectively with dangerous opponent. Make sure you always remember to have specific approach while facing break points and treat them as an opportunity to use own knowledge - not as a moment that you have to be scared of facing.