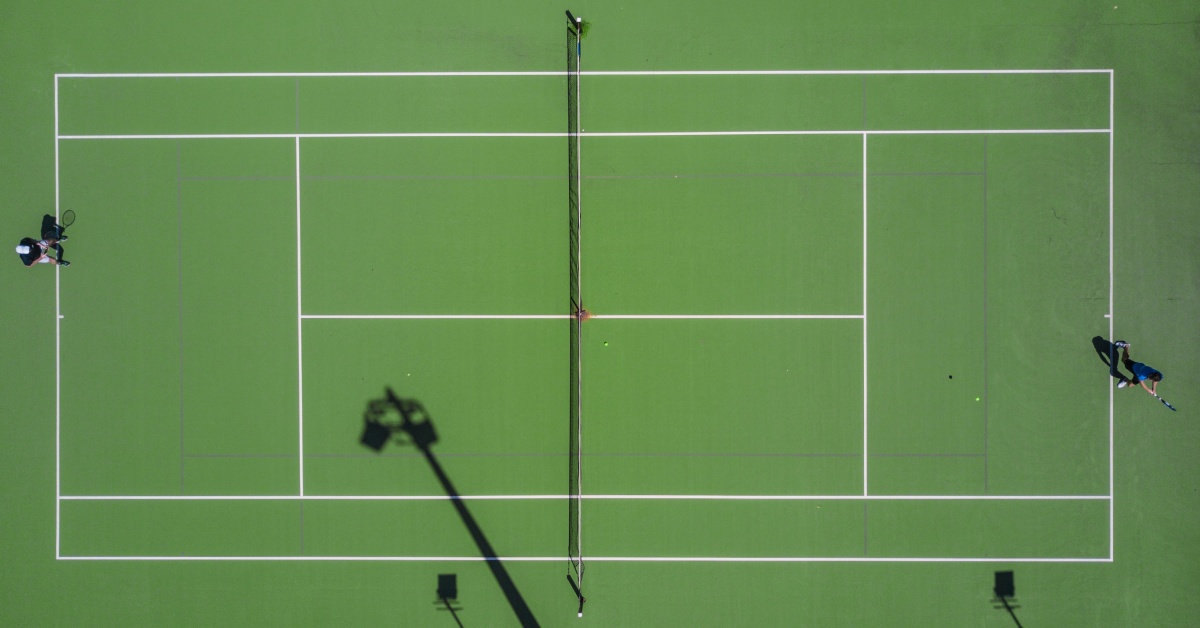 At the time of the pandemic, many athletes found themselves in a difficult situation. However, most of them have signed contracts, so in the end, some (although less than in the usual circumstances) money goes to their bank accounts. This allows them to survive the times when they can't do their regular job. On the other hand, there are tennis players who make their money only when they go out on the court. At this point, not counting the individual sparring tournaments, it is simply impossible to work for them. Unsurprisingly, some players found themselves in an extremely difficult situation, and decided to temporarily change their career paths and go to a 'normal job'.

The most talked-about is of Kevin Krawietz, who seems to have gained more popularity now. The tennis world first heard of Krawietz only less than a year ago, when he and Andreas Mies, as players from the so-called 'tennis periphery', unexpectedly reached for the title in a double game at the French Open. So, what has now brought the attention towards the German player, since the courts are still closed? Well, at a time when most tennis players complain that because of the COVID-19 pandemic they can't make any money, he took the matters into his own hands and...found a job. And since he decided to work in the Lidl supermarket, the media immediately picked up the case. Although the 28-year-old player from Coburg didn't intend to create a buzz around himself, and the sudden change is supposedly not a marketing campaign, the situation caused the 2019 French Open champion to spend more time talking to the media than doing his job in the last days of his work.

To begin with, we have to clarify some things. It is not that Krawietz, who has won the French Open and played in the semi-finals of the US Open, and also earned over 500 thousand euros on the court, has been left without money after just a few weeks without playing in the tournaments. 'It's not about the money, because luckily, we did very well last year' — stated the 13th ATP ranking debutant after being asked by the Daily Mail about his motives for working at Lidl. —'I was very bored with the quarantine, and I have a friend who works in this retail chain. One time, he joked that they were looking for new workers.'

In the end, the joke turned into a serious job offer. A few days later, Krawietz started working for Lidl. As a store worker, he earned 12.50 euros per hour. Just to remind you — we are still talking about the tennis player, who has earned over 500 thousand euros on the court last summer. — 'I thought it was worth a try. I was looking for a fresh experience, and although it's not the same as being a doctor, working in a supermarket at the moment is very important in terms of helping the community' described Krawietz, who wasn't expecting any special treatment at work. — 'A few times, I started work at 5:30, when I was putting goods on the shelves and finished at 8:30, when I was taking care of the trolleys. Sometimes I had to stand in front of the shop and organize the people entering there. At our store, everyone has to have a trolley to keep the distance between each other. You have to explain this to every customer, even if they only want to buy some fruit. My job was also to sanitize the trolleys.'

Krawietz was hoping to get through the period of working at Lidl anonymously. However, the plan did not work out, since he was exposed by the daily newspaper Der Spiegel. — 'Some of my shop mates were shocked when they found out who I am. Actually, one of the nicest things was getting to know them. It taught me that everyone has a story.'

Before he and Mies were paired, the 28-year-old has spent long years on the court without any notable success. This is best shown by the fact that, although he has earned over one million euros in his career, he's got half of it in 2019 only. Before the successful French Open, Krawietz has been having trouble making ends meet for roughly nine years of his tennis career.

Kevin Kravietz is not the only tennis player who decided to look for an alternative income due to a lack of professional games. So did his older, but less titled native competitor — Andre Begemann. However, once the 36th world tennis player, secured himself earlier. At the beginning of the 21st century, he graduated from the prestigious University of Pepperdine as Master of Business Administration, which ended up useful for him in the future. The German representative has been the owner of the bank and post office for several years. While he usually dealt with business management, during the pandemic, he handled the simplest activities as well.

— 'I bought a post office and a bank in Germany. Although I am used to doing business on the entrepreneur's side, now I help people at first-hand - as a cashier and intermediary. Even before I started my tennis career, I graduated from the university in the United States, and then started building my own business while playing tennis. I do this to be financially secure after the tennis adventure, but also for the circumstances like this. I recommend every tennis player try the various options — whether it's about helping the society or making a living and being financially stable' — says the 35-year-old, who has won four ATP tournaments in his career — the last one in 2014 in Gstaad, Switzerland.
Of course, not everyone looked as far ahead as Begemann. Much less everyone, if not anybody, expected that a global pandemic would make the tennis players unemployed. Michael Krueger, the American player, seems to be completely helpless, which led to him signing up for unemployment. From a logical point of view — why shouldn't he do that? After all, he has lost the opportunity to earn money. On the other hand, when the games were at their best, he wasn't employed anywhere, just like now.
Currently, the 195th tennis player of the world tried contacting the Texas Workforce Commission to get unemployment benefits, but to no avail. The 26-year-old player also thinks that the current break from the competition means that many tennis players will not return to the professional sport again and will simply choose a regular job instead. — 'Tennis players will soon realize they will not survive without a stable income. They will decide on a temporary job at first, but then they'll think, “Hey, I make a much better living.” I would lie if I said I hadn't thought about what I could do myself.' revealed the American player.
Some players simply don't bother to work. Their only concern in the current situation is the lack of space to train, as was the case with Arthur Reymond. Currently, the 588th tennis player of the world, together with his father, decided to use his free time to renovate their private court. The whole work took them two weeks, but the results are quite great!