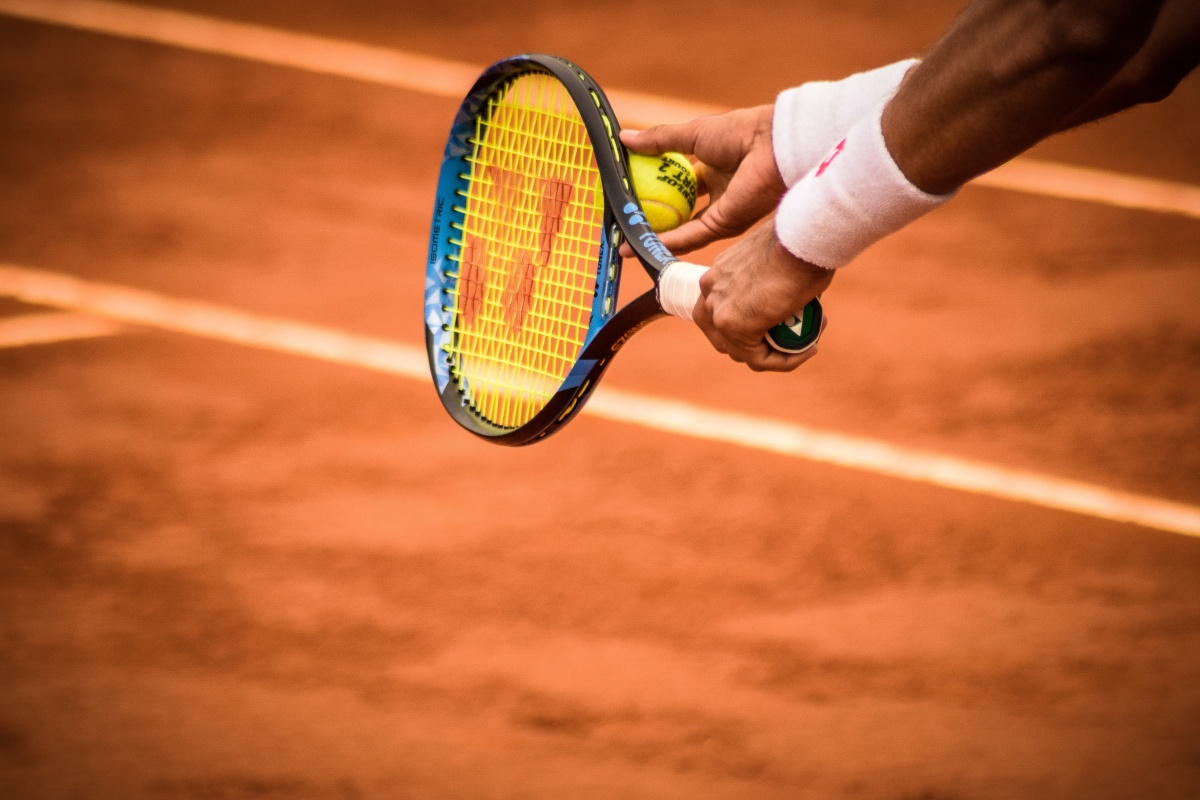 Serve provides many opportunities to take advantage from the beginning of the point. Players can direct the ball to the weaker side of the opponent to put pressure on him right from the beginning. There are variety of spins that can be used to check rival’s technical adaptation and the quality of his return while dealing with changing factors. We can also add controlled speeds and depths of the serve to this repertoire and we can see how big weapon we have in our hands every time we start serving.

As with any other stroke the quality of the serve depends on the technical level. The more advanced the stroke is the more possibilities player has to dominate the rival and win more points in easier way. Unfortunately, from the technical point of view, serve is the most complex stroke in tennis so that is why a lot of players struggle with effective execution of this first shot in the point. Players tend to toss the ball improperly, use only upper body to serve or decelerate the racket while hitting the ball which cause low possibility to use serve to build the point on own terms.

There are different reasons why players make mistakes while serving. Sometimes players don’t train specific aspects enough but other times they are just not aware of the areas that can be changed. It is also important to understand that there are some guidelines for developing world-class serve but at the same time players can use some individual approaches that make them comfortable to serve well.

Stance. Important aspect in forehand and in serve too. Which one should players use? It depends. There are 2 stances to choose from while serving: the pin-point stance and the platform stance. Pin-point stance means bringing the back foot up and having legs together before using ground to jump to the ball and hit it. On the other hand there is a platform stance which keeps legs separated on the court during the whole preparation phase so player jumps to the ball without bringing the back foot up.

When we take a look at the pro level we can observe that different players have different approaches to stance. There are champions who use pin-point stance as also there are players who hit aces using platform stance. Is it possible to say that one stance is better than the other? Should player use one stance over the other at different stages of serve development? Let’s see the facts.

There are some studies related to this important area in tennis. According to the studies there is no significant difference between pin-point stance and platform stance according to speed or effectiveness of the serve. Both of the methods create similar possibilities for going up to the ball and using ground’s force to add power to the ball. However there is one factor that can be useful for players who want to decide which stance is more recommended for them. That’s coordination.

In tennis there is not much time to prepare any stroke. With serve players have to perform complex chain of actions while the ball is in the air so controlling own body is a priority to achieve expected quality. Without effective coordination of lower and upper body it is impossible to get the most of any type of delivery. That is why players should test both stances and see how comfortable for them is to serve given way from the physical perspective. For some players it is much easier to take actions while not moving the back leg but other group needs this dynamic action to feel the rhythm and coordinate all body parts. It simply means that the only factor that players should consider while choosing the stance to serve is coordination. If they are fluent with own body motions and they feel that they can develop maximum acceleration during every stage of the serve it proves that this stance is the right one for them.

Nowadays serve is definitely the most important stroke at the advanced level but it also should be priority for players at lower levels of performance. Understanding different parts of the serve is necessary to work on them separately to improve the overall level of this shot. Players should look for individual comfort zone while choosing the stance remembering at the same time that comfort has to go with maximum quality. If it doesn’t it will keep player at the same level for many months so improvement won’t be visible.