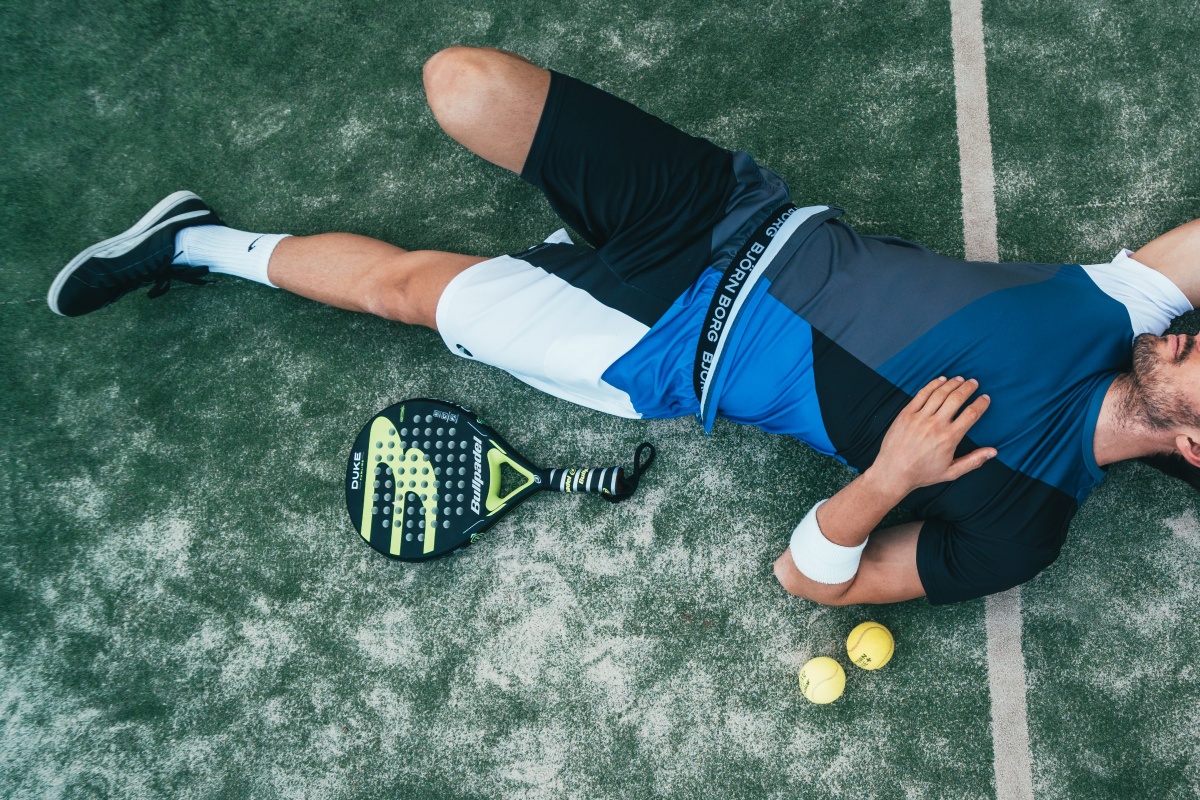 Coronavirus is still taking its toll all over the world. Even though the statistics improve one day, they get back to ‘normal’ the following day. For the first couple of days, since the pandemic broke out and tennis was slowly being ‘shut down’, there was a heated debate over the future of our beloved discipline moving forward, but it’s not the case anymore. It seems that most of us have become aware of the situation and nobody insists on the tennis games to take place anytime soon. Unfortunately, there’s still a long way to go before we see our favourite tennis players on the court again.

Many sportsmen, who participate in sports events on different levels, expressed their opinion about the current situation. Also, the tennis players who won the Olympic medals or beat Roger Federer on his beloved courts of Wimbledon, former leaders of the junior ITF rankings and those who proved to be the best during junior Grand Slam tournaments shared their thoughts with us. We’ve got even a comment from this year’s quarter-finalist of the Australian Open. Those who haven’t had a chance to experience the world-class tennis yet seem to be in a difficult position, too, as their careers have been put on hold.

- The fact I don’t touch a tennis racket these days at all is a massive change in my life. The current situation is affecting my project ‘Behind the Racquet’ because it’s barely possible to create any new content. We’ve been through tough weeks, but it seems that it’ll take even longer. The only thing we can do at this point is to adapt to the situation. Personally, I do my utmost best. I use this time to grow in other fields of life.

Marcelo (the world no. 57 in doubles)

- I believe that everything happening in the world concerns all of us. I would say I’ve got used to it. I’ve internalized it and I am trying to look on the bright side. In the end, I can spend some time at home with my family. The most important is to obey the government regulations. We will fight the disease only if we stick together.

- This is something I don’t know. For sure, both myself and all other tennis players hope it will come to an end as soon as possible. I want to do what I am passionate about again – play tennis, participate in tournaments, play exciting games on the greatest courts.

- Let me start with the most important thing: I am still lucky to be healthy. As far as the tennis life is concerned, it’s obvious – it’s suspended and nobody can train. Therefore, there’s no chance to earn any money. Honestly speaking, private life doesn’t exist either.

- To be fair, I don’t think anybody knows at the moment, whether it would be possible to go back to play at the beginning of June or not. I could express my opinion, but I find it pointless. I believe that ATP and governments know best how the outbreak will progress in the following weeks.

Goncalo Oliveira (no. 78 in the world in doubles)

- This affects all of us, but I don’t know anybody who would think about tennis at this point. I just #stayhome and do everything we’re advised to do by healthcare organisations. I’d like to say something to all of you – stay away from other people, stay at home and go out only if necessary.

Florin Mergea (the world no. 135 in doubles)

- We were not allowed to leave our houses between 10PM and 6AM for the last couple of days. During the day, we are advised to go out only in special circumstances, such as going to the supermarket or helping our relatives. What’s happening in the world, obviously affects our tennis, too. At the moment, we cannot train, but I am lucky since my parents have a court in a backyard and I will be able to train on it soon. Unfortunately, my tennis and fitness coaches are far away from me. Even though, we talk regularly, it’s far from perfect. Currently, I give priority to my wife and son, bearing in mind the stage I am at in my career. That’s why I try to look on the bright side – I aim to do what I usually can’t when I am away.

- To make it fair for everyone, the tour should resume when every tennis player is free to travel. Tennis is a global sports discipline and tournaments should be available for everyone. I wish we’d be back at the beginning of June, but I am not too hopeful about it.

Mateusz Terczyński (the world no. 1677 in the ATP rankings)

- It’s an unusual situation for us. We don’t know when we’re going to play and how to prepare for that. Another thing is that if you don’t take part in tournaments, you receive no income. However, I try to stay positive and use this time to develop my skills. When this situation is over, I want to be a better player and human being. During this time, I want to make a difference – play better and win more matches. It’s tricky, though, because you can work your fingers to the bone over the following weeks and then find out you’re still not allowed to play. The most important is to keep mental fitness. There was a plan to start a league in Germany, whose revenues would help cover most of the expenses for the entire season. At this point no one knows if it’s going to happen at all. In terms of finances, it’s really difficult because you never know if you earn what you would expect. If you start thinking about it too much, you will freak out. I try to be positive, but I’ve got many friends who give up because they simply don’t feel like trying anymore. As I have some spare time, I build a tennis court in our backyard along with my father. We had this idea before, but we’ve made it only now, when all the courts are closed. Otherwise, it would be difficult to find a place for a training. I will surely bring here some fellow players, so that we can train together.

Sergiy Stakhovsky (the world no. 167)

- In the end, I can spend some time with my family - my wife and three kids. Since ATP announced the tour to be suspended, I took a break and resumed training only after a couple of days.

- It’s hard to say how long it’s going to take, but the coronavirus can still possibly remain out of control in the next couple of weeks. Another thing is that we don’t know when the borders will be opened again.

- I don’t understand why the opinion of mine or other sportsmen would matter at all. This sort of questions should be directed to the specialists in this field, not us. Tennis has stopped for now, it’s obvious.

- First of all, it’s horrible what’s happening in the world. First it was China, then Europe and the rest of the world. It’s terrible. We must support our friends all over the world, especially Italians, who have been caught in a terrible situation. I really don’t like that every country gets locked down and don’t see beyond its own needs. We need to help each other. It would be better if we thought globally rather than locally. All tennis courts in Denmark are closed, so I cannot train. I really miss my daily routine and participation in tournaments.

- I woke up in the morning and thought it would pass quicker than we expected. I hope the situation will get better by the end of April, so that we could go back to training in May and tournaments in the following days.

- I think it affects every tennis player in the world, especially those who haven’t had a chance to play in the main tour yet. If you take part in the ATP Challenger Tour or ITF Futures tournaments, get ready for hard times because you will get no revenues. On the contrary, top ranked 100 players can afford not to play for a couple of months and they will still be able to cover their expenses.

- It’s a difficult question. To suspend competition was the least we could do, in my opinion. I am afraid it may not suffice, but let’s hope it will have a happy ending.

- The influence is massive because we won’t be able to participate in the tournaments at least till June. That said, we have no opportunities to earn a living and pay the bills! On top of that, we can’t train, so even if the situation is back on track, we will need some time to get in shape.

- Unfortunately, I reckon it will take longer than expected. There’s still no treatment for the coronavirus and all indications are that it may get even worse. But I truly hope I'm wrong. For lower ranked players the most problematic part is that they won’t be able to participate in the league games, which bring the highest revenues and let players fund the tour.

- I am lucky to be able to train because our federation agreed to it, as far as the best tennis players are concerned. The difficulty is to gain motivation because we don’t know when we will be back. As I have plenty of time, I try to use it effectively and develop each element of my playing style. Although this break has been dragging for a long time, we need to keep in mind that people’s health comes first. I’d like to get back to playing as soon as possible, but it’s too early to make it happen.

Andre Begemann (the world no. 92 in doubles)

- The influence is obvious. I cannot train and play tennis the way I used to. Now, everything revolves around the coronavirus and without tennis. I’ve got many other projects I spend my time on. I believe Mother Nature is sending a subtle warning our way to raise environmental awareness and make us more responsible for our planet.

- I am not sure how long this break is going to take and I can’t do anything to shorten it. My job now is to stay at home, prevent the virus from spreading and wait for the information from people who are in charge of tennis tournaments. When we will be able to play tennis again is our least problem in these hard times.